These were written over the last few years in response to the rise of fundamentalist and evangelical Christian ideas.
Douglas believes such ideas are detrimental to a proper understanding of Christianity’s origins and evolution.
THE UNDERNEATH OF THINGS:
The Church’s masterstroke in defining the human psyche as the underworld

OBE’s:
An examination of ‘out-of-body experience’ and the subconscious will

The Myth of Apostolic Authority:
The power of a lie when it is a thumping big one.

The Historical Whitewash
An examination of the historical origins of the Roman Catholic Church.

The Lost Secret of Christianity:
A technical reappraisal of ‘attention and ‘awareness’ in a Christian context.

Homo Mysticus:
The anti-conventional, anti-collective and anti-dogmatic nature of mysticism.

Pell-mell to Hell::
Cardinal Pell’s Apostolic Assumptions – Getting Down to the Historical Basics.

The Manichaean Synthesis and its Philosophical Implications

Rebel with a Cause:
George Pell and the brothers Jensen.

Rescuing Jesus from the Church

The Nazoraean Sect and its Independence from Christianity

The Price of Christmas: Reconnecting with the innocence of childhood.

Going Beyond the Jesus Story: What I used to believe. 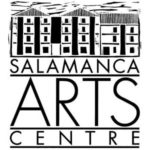 Douglas Lockhart is 'Writer in Residence" with The Salamanca Arts Centre, Hobart, Tasmania.